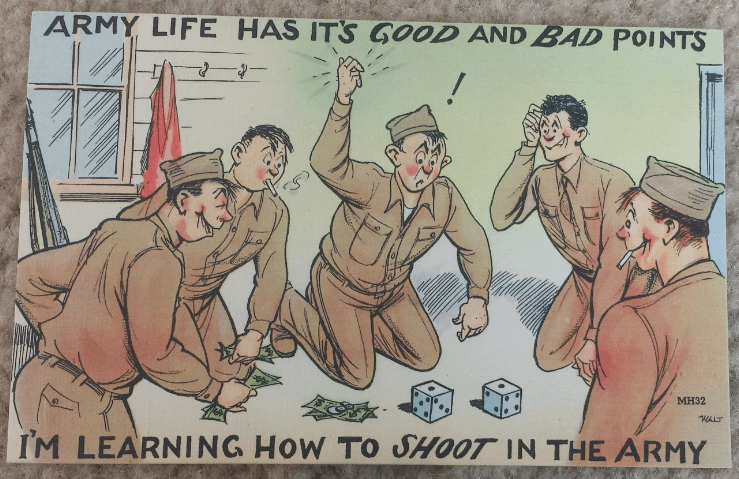 Board and Card Games for the Allied Soldier

World War Two games were an important part of a solider’s life. As a Second World War enthusiast and historical reenactor, I thought I might share an especially small and unknown historical niche in the history and hobby: Games.

END_OF_DOCUMENT_TOKEN_TO_BE_REPLACED

One of the books I’ve read was on the topic of Talent:

Talent is Overrated: What Really Separates World-Class Performers from Everybody Else

The book argues that talent is not innate but must be developed through a process called “deliberate practice”. END_OF_DOCUMENT_TOKEN_TO_BE_REPLACED

Diplomacy or how to lose friendships

Diplomacy is a strategy board-game whereas you try to control supply depots, build armies and navies, and attempt to conquer Europe by controlling 18 depots. It takes place in pre-WW1 Europe with the Seven Great Powers: Ottoman Empire, Russia, England, Germany, Austria-Hungary[affectionately called AH], France, and Italy [I won’t give the nickname used to describe Italy as it is not appropriate].

What makes Diplomacy different is that in order to win you have to work together, collaborate, coordinate and build-trust with other nations in order for you to achieve. Implicitly, of course, is the notion that your “allies” could easily turn on you, stab you in the back, not support you, and all-around sabotage your actions.

This is way diplomacy is often described as a “friend-destroyer” because you play the game with your friends, use your friendship to build-trust, and then stab your friend in the back.

I was introduced to Diplomacy at a very young age. I recall hanging out in the basement of one of my friends playing the game and enjoying the political elements of it such as: strategy and alliance-building. Now that my friends and I have moved to various cities, we have migrated to diplomacy smart-phone apps such as: Droidippy to play the game.

Some links for Diplomacy Lovers:

Diplomacy Boardgame of the Alpha Nerd: A radio story sponsored by Grantland and broadcast on NPR. Takes place during the Diplomacy World Championship.