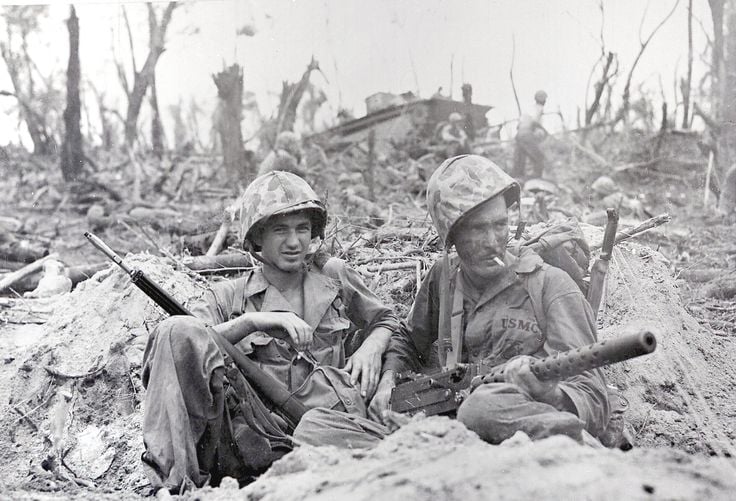 Before reading my analysis, I must point out the extremely limited number of observations identified. I welcome any other reenactor to contact me or post below their examples of the buddy system utilized in World War Two.

In this example the author makes mention of the buddy system used by Rangers and British Commandos, suggesting more “elite” forces use it. Therefore, as he argues, so should the regular infantry squad or assault teams.

Here William O’Darby of Ranger Fame is quoted as saying, “We use the ‘Buddy System’-the men always work in pairs”.

In both examples, each makes an explicit statement of “buddy-system”.

Excluding more “elite” units, I could not find a reference directly mentioning the buddy system as related to non-elite infantry units. However, that is not to say that regular front-line (or even rear) units did not have a buddy system. More than likely what occurred is that front line troops spontaneously, without direct orders, befriended an individual who became that person’s “buddy”. Whereas each would mess together, share foxholes together, comfort each other, and fight together.

Basically, front-line individuals organically divided themselves up into small cliques or “buddies”.

In regards to elite units, the evidence is pretty clear cut that those units had a buddy, either chosen or assigned that they trained with and fought with. In the end, for non-elite units, a form of a buddy system was utilized but not mentioned directly by name.

When applying this in reenacting one should:

Note: These notes and thoughts may change as further evidence comes to light.