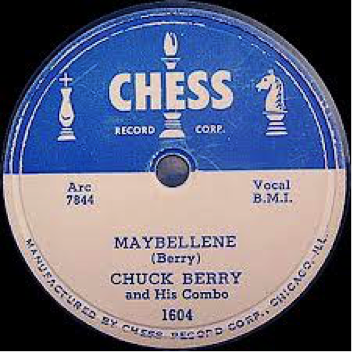 Sun, Chess, and Vee-Jay record companies all produced rock and roll music. Early rock and roll artists first appeared on a 78 record, post-World War 2. Shortly thereafter (late 1940s/early 1950s), record companies made the switch from 78 in Shellac to the 45 format in vinyl. Though, Britain continued to produce 78s until the early 1960s.

The Beatles, Chuck Berry, Muddy Waters did their first recording on a 78 as did Elvis Presley. Presley first recorded on the Sun label.

Click here to return to the 78 Records Project Page