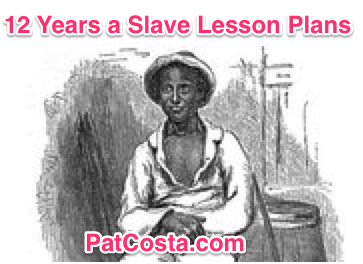 While I never had an opportunity to test out 12 Years a Slave Video Lesson Plans and Worksheets I would have liked to have shown the film either at the end of the year or as part a discussion on slavery (either as part of a World History or US course).

The New York Times learning Blog has a good outline of the lesson involved in it. You can find it here: 12 Years a Slave Lesson Plans and Worksheets from NTY Learning Blog

I have also put the lesson into a single document that students can use:
12 Years a Slave Lesson Plans and Worksheets

Teachers may also be interested in having students compare the two excerpts listed in the document using the resources below:
Close Reading

If copies of the book may be found it may be worth it to have students read a chapter out of the book. This guide includes questions for each chapter along with enrichment activities (both for the book and the film)12 Years A Slave Reading Questions 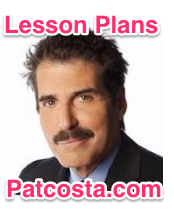 I would often use John Stossel Lesson Plans and Worksheets in my government class as he highlights different aspects of government and highlights what the role of the government in society and economy should or should not be. These came as videos on a DVD but now can be found in YouTube or his site below.

You can find and order his videos off his website here: http://stosselintheclassroom.org/

I’ve also included some of his video guides below.

One of my favorite videos was Greed. Particularly, when discussing the role of the economy.

The video comes in 6 parts below. I’ve added it as a playlist on YouTube