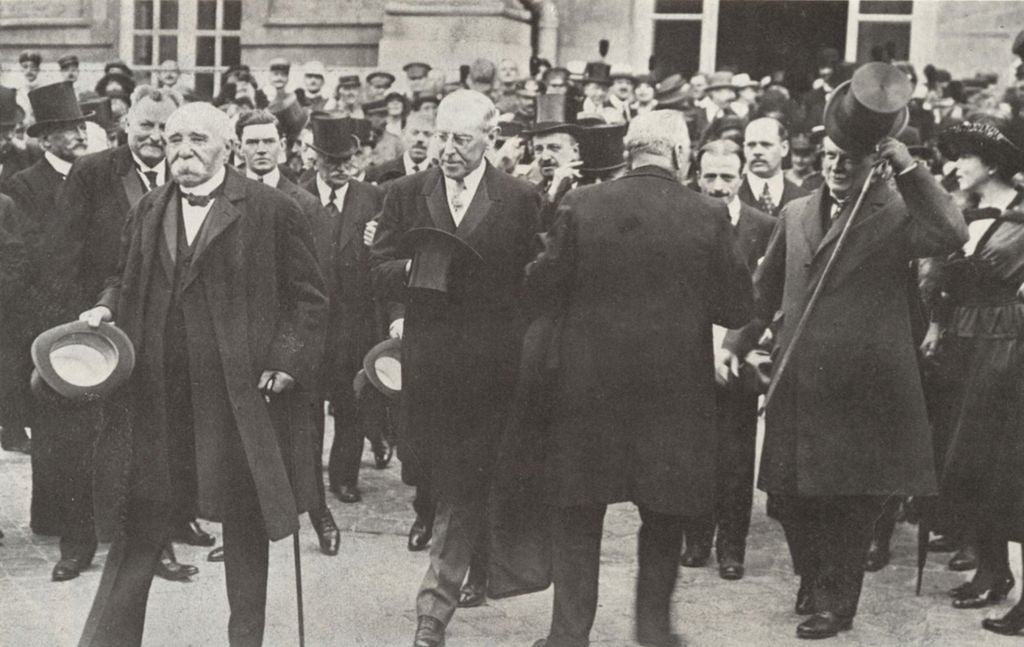 Standard WH II: The student will demonstrate knowledge of the worldwide impact of World War I by

Treaty of Versailles Simulation: Students are divided into groups that represent players at the peace conference. Students role play as diplomats and work out a peace based on their national interests. I normally assign each student to a country. Once in groups students select their roles and then they receive their countries packets which contain character sheets, option sheets, and answer sheets. Once nations have selected their options they go to other countries to try to get support. After the diplomat stage, we discuss and the class votes which option to go with.