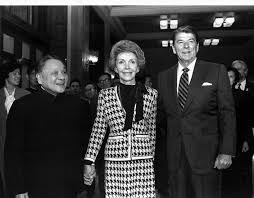 Objectives: describing major contributions of selected world leaders in the second half of the twentieth century, including Indira Gandhi, Margaret Thatcher, Mikhail Gorbachev, and Deng Xiaoping.

Ronald Reagan and End of the Cold War: Lesson Plan for use with video below.