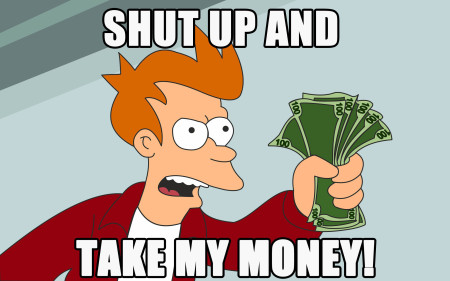 I am certain that very few people have favorite federal laws. After all, who wants to talk about federal legislation at a party (hint: I do). However, being a bit of a policy wonk and government guru, I enjoy reading and learning about federal laws. In fact, I actually have TWO federal laws that I consider to be my favorite. They both involve the stomach.

Browsing through my collection of Harper’s Weeklies and other 19th century newspapers, I am always astonished at the complete lack of oversight in the food and medical marketplace.

Here are some real gems pulled from my collection:

“Cigarettes cure asthma!”
“Cocaine is good for the hair!”
“Wild Cherry is not only a crappy Pepsi drink BUT also cures disease”
“Wine cures Arthritis!”
It is amazing that individuals could get away with such outlandish claims.

Though, I have to admit Cocaine at 50 cents a bottle is a pretty good deal.

When my wife and I were in New York, we had the pleasure of taking a tour of the Tenement Museum. We selected the Irish experience and one of the takeaways from the tour was that the Irish family had bought an elixir from a local medicine-peddler as a cure for their babies “cough”. Turns out the medicine did “work”, as it stopped the baby from crying BUT only because it was drunk. The medicine they bought was mostly alcohol and because alcohol is not an effective treatment, the baby died.

Clearly, the need to protect public safety in the medicine and food markets built-up pressure on the federal government to do something.

Enter one of my personal heroes: Theodore Roosevelt!

Having become vice-president because nobody wanted to deal with him (after all what better place to end a politicians career than to make him VP?), he rises to the presidency in 1901 following the unfortunate assassination of William McKinley.

In 1906, Roosevelt reads the book “The Jungle” by Upton Sinclair and agrees with Sinclair’s conclusions regarding the conditions in the meat-yards. He urges Congress to pass legislation, which they do in the form of my two favorite Federal Laws:

These are my two favorite laws because they each have a great historical narrative, involves my favorite president, made the US better off, are easily understood (after all we all can relate to food and medicine), and serves as a counter-point to government naysayers.

What is your favorite federal law or laws? Post in the comments below!